MOSON MODEL SHOW is going to be organised at UFM Aréna, Mosonmagyarovar, Hungary from 25 Apr 2020 to 26 Apr 2020 This expo is going to be a 2 day event. This event forays into categories like Industrial Products.

The Moson Model Show is organized by a club - The Mosonmagyarovar Modeling Club. They organise model shows and contests for modelers from all over the world. It was started by a circle of comrades who made a modeling club.

They arranged expositions, established themselves at diverse close by events and subsequently went to other events akin to these in Hungary and bordering nations.What started as a small exposition has grown up to be Europe’s noteworthy events, or at least, one of them, over the period of the past twenty years.

The event used to take place in libraries before guests and visitors increased and they faced space constriction. Now several Hungarian clubs are coming together to help collaborate the show.

Groups of globally recognized modelers from every part of the world help judge the competition. Residents from neighboring areas can also experience various additional programs throughout the weekend.

The competition has several categories which the modelers can participate in, some of them being helicopter, figurines, armored fighting vehicles, ships, etc.

The schedule of the event has already been out up in their website. In the recent years, almost a total of one thousand six hundred and sixty-eight models were enrolled by almost five hundred and sixty modelers in the sixty-two categories.

Those five hundred and sixty modelers belonged to thirty-four various nations of the world, majority of which belonged to central-east Europe.

It is the aim of this club to make sure that guests, modelers and visitors experience an equally enjoyable time. This is an exposition involving not solely modelers. Localities have an amazing time as well. 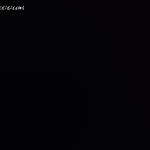 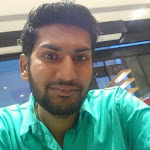 Expohour.com brings you latest information about Trade Shows, Events and Conferences happening across various countries. Connect with Organisers and Exhibitors even before attending the events

To advertise/update your event, mail at [email protected]

Please provide below details. Our sales team will contact you soon

OR
Login via Google Login via Linkedin

Your review will be posted publicly on ExpoHour.